Merlin: 510 “The Kindness of Strangers” Review 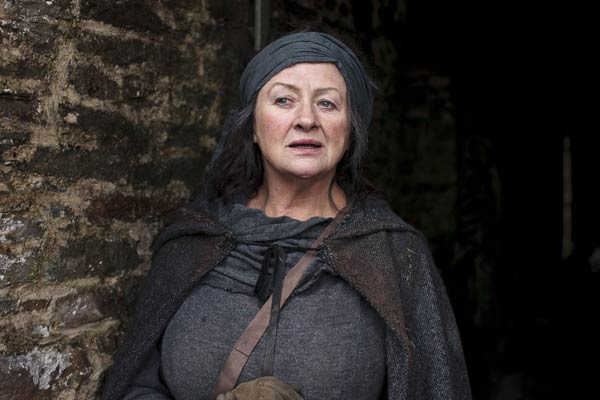 Merlin’s secret is dangerously close to being exposed in the tenth episode of the fifth series.

With just four episodes left and the Puppet Queen arc finally done and dusted, it’s time for the show to begin setting up the big finale. It kicks off with Morgana hunting down the man who knows the true identity of Emrys. That man being Alator of the Catha (Gary Lewis, reprising his role from Series 4 episode, The Secret Sharer). Morgana’s search doesn’t take long as within the first minute she’s captured him. Alator claims he will not break, but Morgana has other ideas.

Meanwhile, after discovering a strange amulet, Merlin’s investigations lead him to a mysterious hooded women called Finna (Sorcha Cusack). She claims to have important information for the young warlock. Gaius, however, has his doubts thinking Merlin is being lured into a trap.

Fans hoping for a Merlin-centric episode will be very happy here. Arthur and Gwen are pushed back into the background, with the whole story centred around Merlin. There’s some light-hearted moments with Arthur and Merlin early on, as they prepare a “perfect” breakfast in bed, but it soon takes a rather dark turn as the stakes are raised. 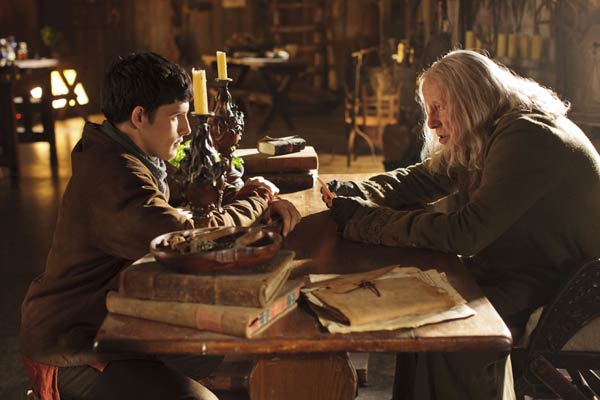 Merlin is not only at risk of his secret being exposed, but he also ends up fighting for his life. An air of tension runs throughout as things only get worse and worse. Once again Colin Morgan puts in another captivating performance. Gaius (Richard Wilson) and Merlin are placed at odds with each other, with puts an unusual strain on their relationship. The pair share some heartwarming moments later on.

Morgana is more ruthless than ever in her search for Emrys. With Alator captured, she has some nasty tricks up her sleeve as she repeatedly tortures him and things only get worse. There’s also a horrible death for a Camelot Knight as he is used to send a cruel warning. As for Mordred, he takes a little bit more of a backseat again, although he and Merlin share a couple of intriguing scenes as the pair have an uneasy conversation.

The Great Dragon returns in a short scene that will have you initially cheering, but feeling very concerned by the time he has finished speaking. There are a couple of pretty big plot developments, though they are probably not what people are expecting.

It’s not quite as revelatory as it appears on the surface, but it’s a solid installment nonetheless and sets up the ground work for an decent end game.